Learn from Sheldrake's naturalists and staff about the natural resources that surround us everyday, and how we can benefit from immersing ourselves in the environment around us. 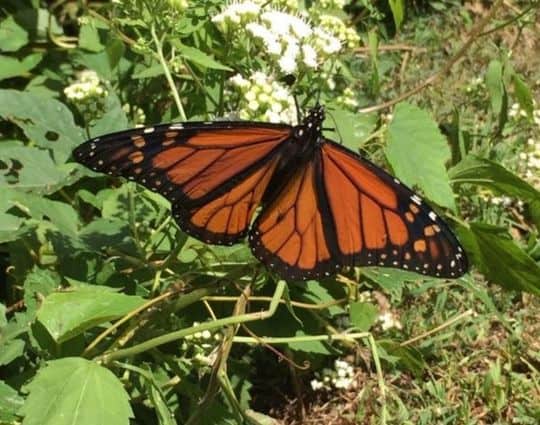 On July 21, 2022, the migratory monarch butterfly was placed on the endangered list by the International Union for the Conservation of Nature (IUCN), a network of public, private and non-profit organizations that work to conserve nature worldwide. This listing brings much needed attention to a species on the decline and what we can do as stewards to help alleviate some of the factors contributing to their endangered status.

Two migratory monarch populations travel across the United States—one east and one west of the Rocky Mountains. The eastern population, which we see in our area, migrates thousands of miles from central Mexico as far as southern parts of Canada. This extensive range makes collecting data challenging but citizen scientists have contributed a lot of information through
monitoring eggs, caterpillars and tagging monarchs. 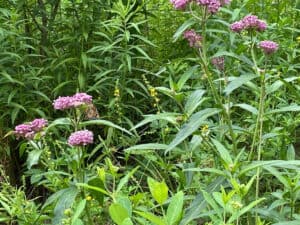 The migratory monarch population is primarily threatened through habitat loss and fragmentation. Habitat loss and development make finding large swaths of the nectar-rich plants hard for clusterings of monarchs. Milkweed is the only host plant for monarch caterpillars and their sole source of food. As it disappears, so will the monarchs.

Other threats include pesticides, disease, climate change and invasive species. Creating more habitat for monarchs could help them tolerate these changes. Planting some milkweed, if you have space, is a great way to help many thirsty pollinators and bring monarchs to your yard in the spring and fall.

Sheldrake relies on the support of our users, participants and community. Please be as generous as you can with your support so we can continue to service as a resource for our community. Thank you for your generosity, now and always.