Among the many natural beauties of the Mamaroneck area, few if any can surpass that 60-acre expanse of land and water known as the Larchmont Reservoir-James G. Johnson Jr. Conservancy. The Conservancy straddles the New Rochelle-Mamaroneck boundary, with most of the area in New Rochelle but all the buildings in the Town. 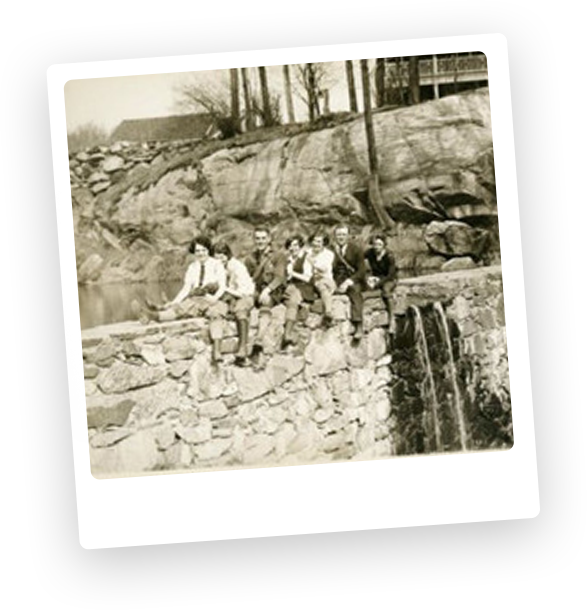 For many decades its 22-acre Sheldrake Lake was the water supply for the Village of Larchmont. Today, still owned by the Village but no longer a reservoir, the Conservancy is permanently protected from development–a haven of natural peace which thousands of residents of Larchmont, Mamaroneck, New Rochelle, Scarsdale and other nearby communities have learned to treasure.

The reservoir is a major resource for quiet recreation, wildlife habitat, and nature study for children and adults. Its usefulness for teaching school children, and toddlers as well, about nature was enhanced in summer 1999 when the L.I.F.E. Center (Local Involvement for Environment) moved its headquarters next door to the Reservoir at the newly established Mamaroneck Environmental Resource Center (MERC), 685 Weaver Street.

For two decades beginning in the early 1980’s, Friends of the Reservoir, a local nonprofit organization, exercised a stewardship role in the Conservancy, helping to develop and maintain its walk trails and buildings in cooperation with the Town of Mamaroneck and the Village of Larchmont, and producing, together with the L.I.F.E. Center, educational events and entertainments there.

These functions were taken over in 2001 by the newly formed Sheldrake Environmental Center, created by a merger between the L.I.F.E. Center and Friends of the Reservoir.

Sheldrake relies on the support of our users, participants and community. Please be as generous as you can with your support so we can continue to serve as a resource for our community. Thank you for your generosity, now and always.